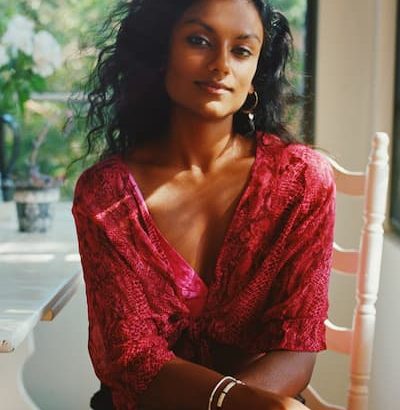 Simone Ashley is a British actress. She is known for her debut in Sex Education in 2019, Broadchurch (2013), and Pokémon Detective Pikachu (2019). Her short video Bulldog is under post-production.  she has also made the news for being the lead female in season 2 of Bridgerton.

Ashley was cast as Kate Sharma on Bridgerton. Kate Sharma was originally supposed to have the surname “Sheffield”.Kate’s last name was changed to “Sharma” which belonged to Brahmin, Hindu religion.

she made her debut with a TV show named Wolfblood. There she played the character of Zuhra for two episodes. Then she has seen in Guilt, Broadchurch, C.B. Strike, etc.

She got famed for being a part of the hit series Sex Education (2019). Her character Olivia is loved by the audience. The other casts of this show are Asa Butterfield, Gillian Anderson, Ncuti Gatwa, and more.

Ashley is a British actress who has earned through her career as an actress. Simone has an estimated net worth of $500,00.

Get ready to fall in love with Simone Ashley, who will play Kate in Season 2 of Bridgerton.