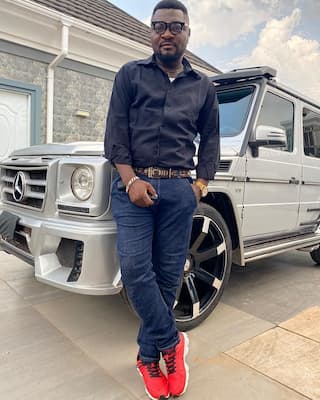 A native of Enugu Prince Nwafor is a Nollywood actor, model, and comedian. He gained fame when he played a leading role in the movie Forgive Me, Father. He started his acting career during his high school days.

Prince is a married man. He is married to his longtime girlfriend named Amy Nwafor. The two tied the knot on 17 April 2017. Not much is known about her wife but we get much information we will update you.

After graduating from high school he attended Abia state university Uturu and graduated with a Bachelor’s degree in Theater Arts.

He started his acting career in 2003 after he registered with the actor guild of Nigeria in Enugu. He started his audition in different locations both in Enugu, Asaba, and Lagos. He was given minor roles like a bodyguard, palace guard, house boy servant, and unimportant character. In 2009 he starred in a leading role Forgive me Father that gives him a breakthrough.