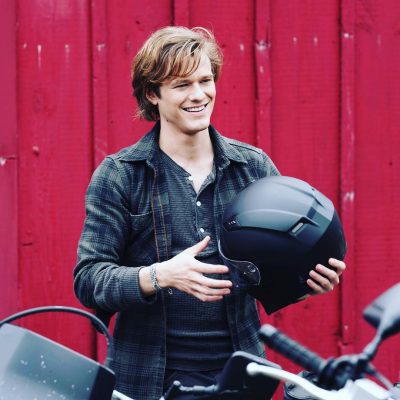 Lucas Till was born as Lucas Daniel Till. He is an American actor. He started acting in 2000 and debuted in several films and television productions.

He is known for his role as Havok in the X-Men series starting with 2011 X-Men: First Class and plays Angus MacGyver in the 2016 reboot of the television series MacGyver, which premiered in September 2016.

Lucas is not married or engaged to anyone. He had at least 3 relationships previously. Lucas has been in relationships with Debby Ryan in 2010 but it was not serious and he started seeing Carlson Young from 2012 – 2013, they break up and he dated Kayslee Collins. Lucas is now single. This information will be updated soon.

Lucas Till Net Worth

The American born actor who gained fame for his role as Havok in the X-Men series has an estimated net worth of $2 million.

In the television series MacGyver, Lucas stars as the main character MacGyver. The show has both action and adventure in it. Below is a synopsis of the show:

MacGyver, a contemporary hero, and role model applies his scientific knowledge to ordinary items to create a means of escape for himself and others from impending doom.

Lucas is set to star in the 2020 movie Son of the South playing the role of Bob Zellner. The movie is still under production and is set to be released later in 2020. Below is a synopsis of the upcoming movie:

Son of the South is an upcoming American biographical drama film, written and directed by Barry Alexander Brown, in his directorial debut.

Miley Stewart, an average teenage girl, lives a double life as a famous pop singer named Hannah Montana and constantly tries to conceal her true identity from the public.