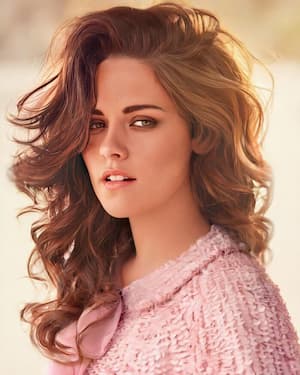 Kristen Stewart who was born Kristen Jaymes Stewart is an American actress and filmmaker. Stewart rose to fame after she was featured in The Twilight Saga film series playing the role of Bella Swan.

The series aired from 2008 to 2012 and collectively grossed over $3.3 billion worldwide. Stewart is considered the world’s highest-paid actress in 2010 and 2012. She is also a recipient of several accolades, including a César Award, which has made her the only American actress to win.

The amazingly talented American filmmaker and actress, Kristen Jaymes Stewart, was born on April 9th, 1990 in Los Angeles, California, United States. Stewart is 30 years old as of 2020. She celebrates her birthday on April 9th every year.

She is set to feature in the 2021 movie Spencer. The movie is yet to be released. She will portray the role of Diana, Princess of Wales.

Stewart resides in Los Angeles. She identifies as a feminist. In 2017, she stated that she is bisexual, saying, “You’re not confused if you’re bisexual. It’s not confusing at all. For me, it’s quite the opposite.” In 2019, Stewart discussed the perceived impact of her sexuality on the success of her career, saying that she had been warned not to be public with her girlfriend so that someone could cast her in mainstream roles. She said “I don’t want to work with people like that.”

Stewart dated her Speak co-star Michael Angarano until early 2009. In mid-2009, she became romantically linked to her Twilight co-star Robert Pattinson. In July 2012, Stewart was photographed with her Snow White and the Huntsman director, Rupert Sanders revealing an affair; the day the photos were released, Sanders, who was 19 years her senior and married at the time, issued a public apology for the affair, as did the actress. Stewart and Pattinson split but reconciled in October 2012. The pair eventually broke up in May 2013.

Stewart attended local schools until the seventh grade. As she became more involved in acting, she continued her education by distance until graduating from high school. Not much is known about her education. This information will be updated as soon as we have credible information pertaining to the topic.

As she was raised in a family who work in the entertainment industry as non-actors, Stewart thought that she would become a screenwriter/director, but never considered being an actor. She recalled, “I never wanted to be the center of attention—I wasn’t that ‘I want to be famous, I want to be an actor’ kid. I never sought out acting, but I always practiced my autograph because I love pens. I’d write my name on everything.”

She began acting at age eight after an agent saw her perform in her elementary school’s Christmas play. After auditioning for a year, Stewart got her first role with a small, nonspeaking part in the Disney Channel television film The Thirteenth Year.

Her next film was The Flintstones in Viva Rock Vegas, where she played the “ring toss girl”. She also appeared in the independent film The Safety of Objects (2001), as the tomboy daughter of a troubled single mother (Patricia Clarkson). Stewart also played a tomboy, diabetic daughter of a divorced mother (Jodie Foster) in the thriller film Panic Room (2002), directed by David Fincher. She was nominated for a Young Artist Award for her performance.

Following the success of Panic Room, Stewart was cast in another thriller, Cold Creek Manor (2003), playing the daughter of Dennis Quaid and Sharon Stone’s characters. She was nominated again for a Young Artist Award for her performance. About this time in her career, she started homeschooling because of her irregular schedule.

Kristen Stewart Net Worth and Salary

The American actress, Kristen, has an estimated net worth of $70 million dollars. In 2010 and 2012, she was considered to be the highest-paid actress at the time. Her annual salary is currently under review and will soon be updated.