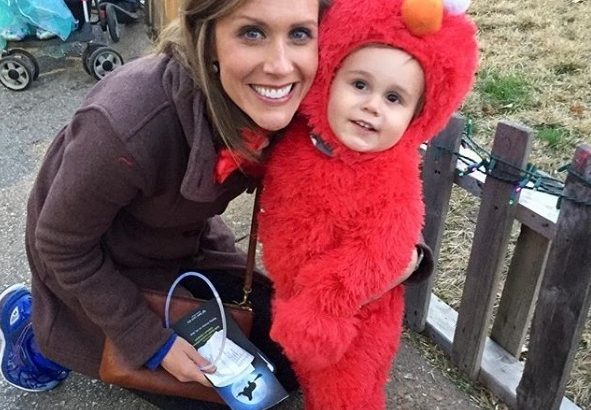 Claire Kellett is an American news anchor who works with News 4 weekday morning with John Knicely. In June 2010 she joined the KMOV team in St.Louis. She is an Emmy Award for Breaking News Coverage.

She also worked for KCRG-TV, the ABC affiliate in Cedar Rapids, where she was a general assignment reporter. As of now, Claire is an anchor, journalist for the News 4 This Morning alongside fellow anchor Andre Hepkins.

Claire has not given out any information about her parents. She has two siblings; one brother and a sister named Christopher and Mags.

Claire is a married woman to Jared Luther who is an Executive Director & Senior Financial Analyst in U.S. Markets at Reinsurance Group of America. The two tied the knot on 16th October 2015 at The Old Cathedral in front of their few close family and friends. They were blessed to have a handsome baby boy named Connor who was born on May 31, 2017.

Claire started her journalism career in 2004. She was appointed as an intern in New York City on CNN, America Morning. During her internship, she assisted in story development and helped in research and production for the three-hour morning show. After some time, Claire went to Columbia, MO, working for KOMU as a general assignment reporter, producer, and fill-in-anchor.

Claire, along with her co-workers at News 4, were awarded an Emmy Award and the Regional Edward R. Murrow Award for Breaking News Coverage. She is also a recipient of the Hard Feature Award from NBNA, and in the same year, she also won an award for LOWA AP and LOWA Broadcast News Association.

In 2010, Claire headed to KMOV News 4 where she was an anchor. She took over duties anchoring for the Awake morning show from 4:30 a.m. to 7:00 a.m. & also managed the morning show This Morning.

She holds American nationality and belongs to white ethnicity, and her birth sign is Cancer.