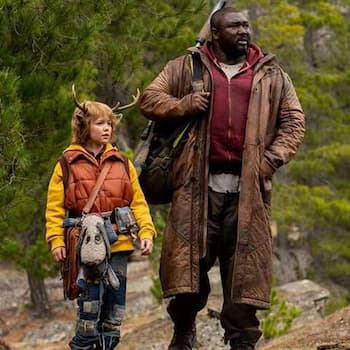 Christian Convery is a Canada-born American child actor. He is well known for the roles he had played in movies like My Christmas dream, Venom, and Descendants 3. He has set a name for himself at an early age and has worked with several well-known Hollywood stars. He recently appeared in the Netflix Original series, Sweet Tooth in 2021.

Convery was born on 10th November 2009 in Vancouver, Canada. He is 12 years old as of 2021. He celebrates his birthday every 10 of November every year.

Convery is not in a relationship. He is still young and he is concentrating on his education and his career. If he starts dating this information will be updated.

Christian began his career at the early age of 6 when he first started appearing in commercials. His first-ever appearance was on a toilet paper commercial and he started auditioning for small roles in tv shows.  In 2019, he debuted in the leading role in tv show Pup academy for which he also received various nominations and awards including the Leo awards for best performance in a youth program.

In 2021, he has also debuted in the movie Home in the role of Alex, and as Rob Horton opposite Dennis Quaid in the movie Tiger rising based on Kate DiCamillo’s children’s novel with the same name. He also appeared in the Netflix Original fantasy series Sweet tooth in June 2021 in the role of Gus. The shooting took place in New Zealand.

He has an estimated net worth of 5 million. He has earned a lot of his money through being in part of several movies and tv shows.