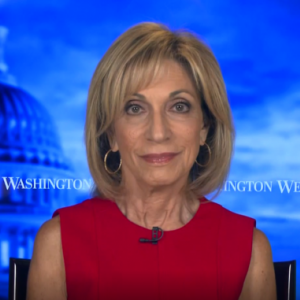 The American journalist, Andrea Mitchell anchors Andrea Mitchell Reports airing from 12:00 noon to 1:00 p.m. ET weekdays on MSNBC, She has appeared on and guest hosted Meet the Press and is often a guest on Hardball with Chris Matthews and The Rachel Maddow Show. Mitchell is also the Chief Foreign Affairs and Chief Washington Correspondent and has reported on the 2008 presidential election campaign for NBC News broadcasts, including NBC Nightly News with Lester Holt, Today, and MSNBC.
END_OF_DOCUMENT_TOKEN_TO_BE_REPLACED